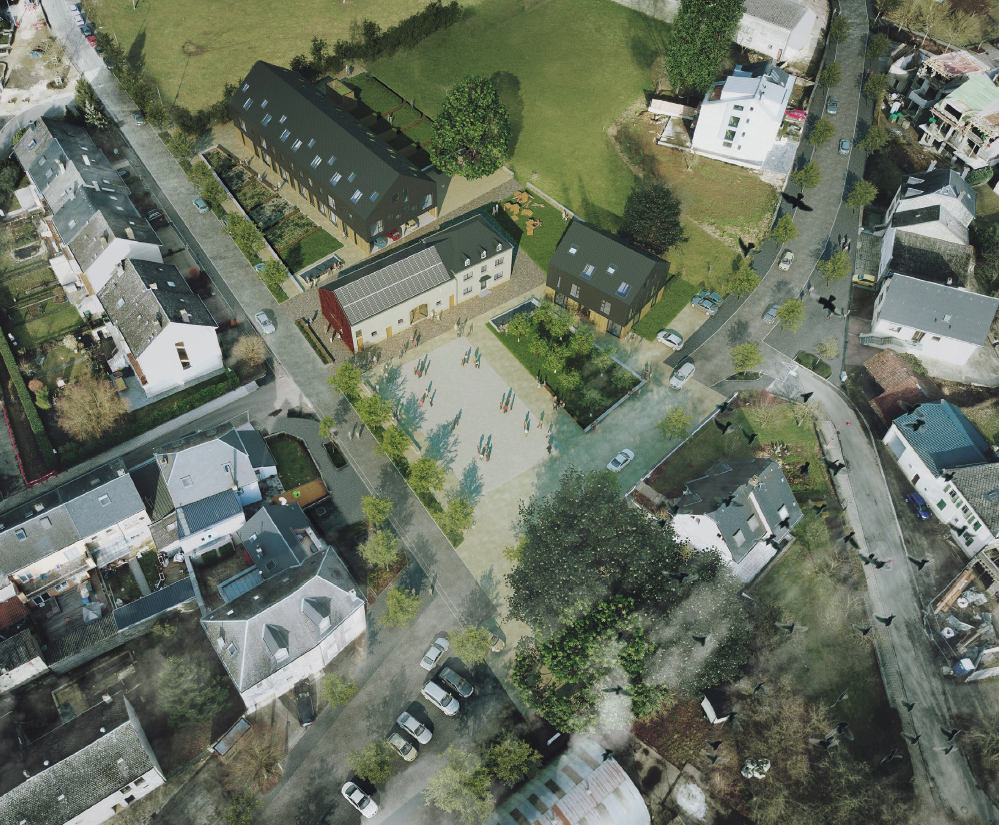 In 2013 there were some 995 hectares of vacant building land in Luxembourg which are classified as ‘Baulücken’. They are connected to infrastructure such as electricity and waste water. In principle, they are immediately available for construction and thus can tackle short- and intermediate-term needs for housing. To stimulate the use of these plots, the state has initiated the so-called ‘Baulückenprogramm’ (vacant lot identification and mobilisation programme). In Dudelange, the first project under the national programme is now underway.

Tackling the housing shortage is a key priority on the political agenda in Luxembourg. By constructing more housing units, the shortage of living space can be reduced and prices could drop. Additionally, developing the vacant lots avoids urban sprawl. However, a limiting factor is their ownership structure as developing the lots for housing requires a consent of the owner. Only 6 % of these 995 hectares belong to public actors (state, municipalities and public funds). 94% belong to the private sector.

The national ‘Baulückenprogramm’ aims at activating these lots for the construction of housing. Developing these areas does not require long administrative procedures and it is possible to develop them relatively quickly. A first objective of the programme is to identify the lots and to make owners aware of how their lots could contribute in satisfying the demand for housing. In this process, municipalities act as intermediaries between the state and private owners.

Land owners, municipalities as intermediaries and the state (Ministry for Housing) setting political targets and contracting external consultants. During the implementation of the programme, private and public landowners are and will be involved.

In 2014, the programme was initiated by the Ministry of Housing alongside other measures to revitalise housing construction and to address the shortage of housing in Luxembourg. Among these other measures are hereditary leaseholds, pre-emption rights for public actors, tax reform for housing, renting subsidies and ‘Baulandverträge’ (building land contracts).

The Ministry of Housing launched the programme, external consultants conducted the analysis and municipalities have to validate the results. Addressing private owners by providing information on the added value of the property and explaining the concrete advantages of mobilising specific lots should stimulate development. Public authorities should act as an interlocutor and advise owners to develop their property privately.

Experience from Germany has shown that information campaigns helped to convince 25% of private owners to develop their plots within the building perimeter.

The process consists of multiple parts, so the resources required are unknown. The process is implemented by multiple actors with different motives and means, and thus estimating the required resources is not possible.

The ‘Baulückenprogramm’ has just started and has not yet provided additional tangible results. The analysis of the municipal building pattern to identify vacant lots has not yet been completed for all municipalities in Luxembourg.

Communicating the identified vacant lots to municipalities is realised through an online platform providing tailor-made access. A first pilot under the national vacant lot mobilisation programme is realised in Dudelange, in the south of the country. To develop the 0.4 hectares of land in Dudelange, a first call for tender for proposals was launched in 2016. The call was organised in cooperation with the Ministry for Housing and the municipality of Dudelange, incorporating the Fonds du Logement (the national Housing Fund). The winning concept Um Bierenger Haff proposes transforming the former farm into 16 apartments for families and single households. It keeps the rural character of the district and has multiple meeting places for new and old residents.

Mobilising private owners of vacant lots through information campaigns is decisive where land is privately owned and inaccessible for developing housing. It is also essential that public stakeholders lead by example by developing vacant lots on publicly owned land.

However, it remains to be seen whether the programme will be successful without financial incentives.

The first project Um Bierenger Haff in the framework of the national ‘Baulückenprogramm’ is a pilot to see how vacant lots can be used quickly without an excessive administrative burden. It is also the first opportunity to test the connection between different levels of decision-making and different economic rationales on matters of housing (private, municipal, state). The experience will help future mobilisation of vacant lots.