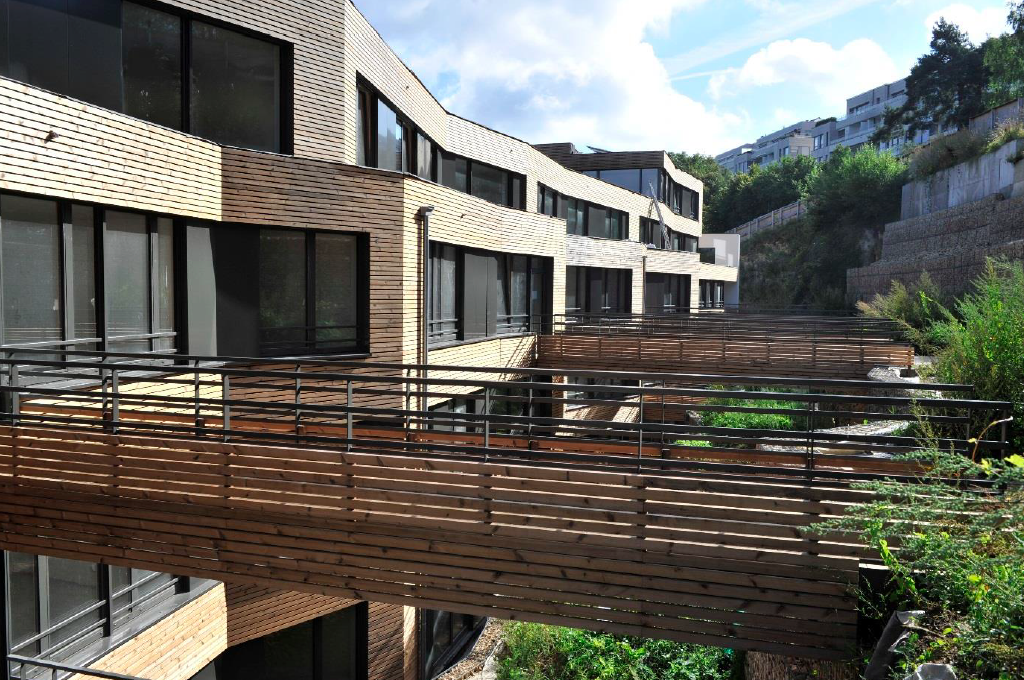 About 30% of land in the city of Luxembourg is owned by the municipality. Only about 246 of the publicly owned 1 600 hectares are classified in the local land use plan as building land, being connected to infrastructure and available for construction. With continuously increasing pressure on the housing market, the municipality is creating affordable housing for its citizens, through developing the ‘Baulückenprogramm’.

Tackling the housing shortage is a key priority in Luxembourg overall, but especially in the capital, Luxembourg city, which is the main pole of attraction for people and businesses. By constructing affordable housing, the municipality can select tenants and owners from specific socio-economic groups. Developing vacant lots within the city can also avoid urban sprawl.

The Luxembourg city ‘Baulückenprogramm’ uses vacant lots owned by the municipality to construct affordable housing. Developing such areas does not require long administrative procedures so construction can begin relatively quickly. More housing units can be created without developing land outside the existing urban fabric.

There have been three rounds from 2006 to today (2021). The ‘Baulückenprogramm’ was first initiative of its kind in the country.

A joint working group of the municipality of Luxembourg (political players and municipal employees), Ministry of Housing and OAI (an organisation of architects and consulting engineers) organise the process and decide on proposals.

With the ‘Baulückenprogramm’, the municipality cooperates with private enterprises, architects and property developers. Developing concepts and plans for the vacant lots, while construction is organised through public procurement. Architects submit proposals for the housing design and private developers for the construction.

The municipality began identifying vacant lots based on information from satellite imagery, the land register and the local land-use plan. 73 potential sites were identified, for which district and individual records were created. Based on this information, the sites were presented to a working group, which selected the vacant lots to be developed.

The units are planned and realised in cooperation with architects and private real estate developers who build and sell the accommodation. The obligations and duties of developers are laid down in a contract with the municipality, clarifying the terms and conditions of transferring the units to future owners.

The units are allocated to residents through predefined selection criteria. A comprehensible and transparent checklist for each applicant allocates points based on individual socio-economic factors. A higher score indicates a greater possibility of being chosen as a future owner.

The selection criteria include the applicant’s age, family situation, working location and number of consecutive years lived in the city. There is a maximum score of 19 points (< 30 years of age, > 3 children, working in Luxembourg, living consecutively in the city for more than five years) and a minimum score of three points (> 45 years of age, no children, not working in Luxembourg, not living consecutively for more than five years in the city).

The units are sold through heredity leaseholds of 99 years. On a single lump-sum payment, the building land is transferred from the municipality to the developer (and finally to the future owner) and an annual user fee is required for the accommodation. Owners must personally reside in the units and cannot rent the property to a third person. The municipality also keeps a preemption right on all accommodation.

The first round of the ‘Baulückenprogramm’ was in 2006 for nine vacant lots. Construction finished in 2010. The second round was initiated in 2010 for four lots, which was finalised in 2015. The last and current round started in 2013 for five lots and construction have been finalised in 2018.

During the first round (2006-2010), 75 accommodations were built including 18 single family homes. The second round created 58 apartments (2010-2015) and in the third round 64 units were completed in 2018. In all 197 accommodations have been realised through the ‘Baulückenprogramm’ so far. All units built during the first two rounds were sold to individuals. About half the accommodation in the third round will also be sold with the rest to be rented as social housing or affordable housing. All units follow state of the art building techniques and design principles.

The ‘Baulückenprogramm’ shows that municipalities in Luxembourg have an effective instrument to directly shape the supply of affordable and social housing. Emphasising building quality and design ensures residential buildings are integrated into their surroundings.

The programme was realised on vacant lots owned by the municipality. The majority of vacant lots in Luxembourg city are however owned by private individuals. The ‘Baulückenprogramm’ is a useful instrument to address the shortage of affordable housing in publicly owned areas. To mobilise private lots, other instruments and steps might be necessary.