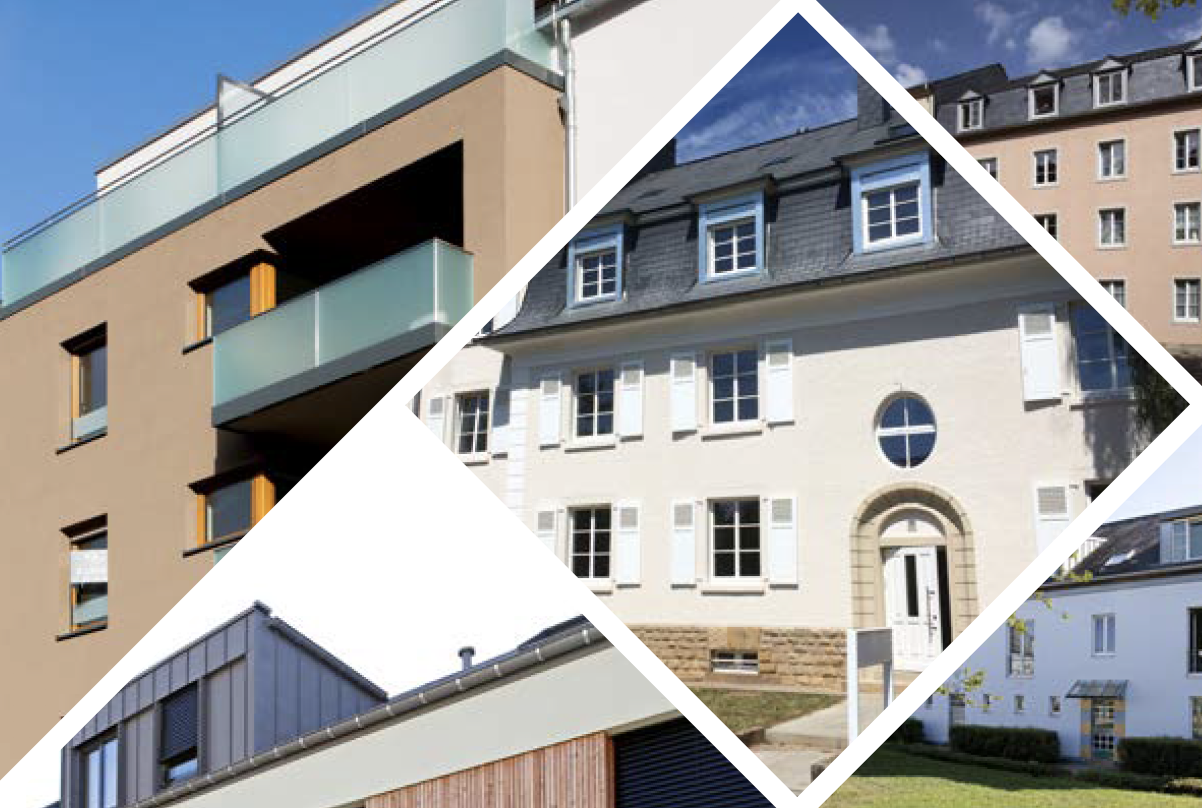 Fonds du Logement is the national fund for housing. It was established in 1979 and acts as a residential development company for Luxembourg.

Housing prices in Luxembourg have increased steadily over the past 20 years. Among other reasons this is caused by a mismatch in supply and demand. High demand and limited supply had a multiplying effect on prices for housing. It has become increasingly difficult for large parts of the population to find housing, as the increase of their household incomes does not match the increase in property prices.

In 2013, a study identified that approximately 30 000 households need affordable housing within the country. This compares to a total of 4 000 subsidised units currently offered by public authorities.

With the creation of Fonds du Logement, the state implemented a public institution. The Fund follows the principle of a non-profit organisation that acts on behalf of the general public interest.

In general, the Fonds du Logement enlarges and maintains through its actions the public housing inventory dedicated for sale and for rentals. The Fund has the legal autonomy to develop by itself or in cooperation with municipalities, housing within the framework of existing municipal land-use plans.

Municipalities where projects are implemented, the state through the Ministry of Housing, architects and building companies in charge of implementation.

Fonds du Logement, in its capacity as a public residential development company, benefits from several legal advantages. It is attributed with a preemption right on land sales. For the units it has built, the Fund has the autonomy to contractually implement preemption, repurchase and redemption rights. The corresponding sales price is evaluated for each unit individually. By developing and enlarging the inventory of publicly owned subsidised housing, the Fund exercises the function of a public developer.

Tenants and buyers of units provided by Fonds du Logement benefit from subsidised prices. The Fund also leases units without intermediaries, supervising and supporting tenants of the social housing units. It therefore acts not only as a public developer but also executes social tasks.

The Fund benefits from an annual budget provided by the state. During 2019, the budget amounted to EUR 507 million. More information can be accessed on the website of the Fund.

The Fund owns and administers currently approximately 2 000 housing units and since its establishment, it has sold about 1 700 accommodations. With the recently initiated large-scale development projects, the number of housing units is expected to increase significantly during the coming years. Fonds du Logement is currently a major stakeholder in three major urban development projects, notably in Wiltz (‘Wunne mat der Wooltz’), Esch-sur-Alzette (‘Nonnewisen’) and Dudelange (‘NeiSchmelz’).

The Fund also guarantees a mix between functions in the projects it implements. An example therefore is the newly created district Nonnewisen in the city of Esch-sur-Alzette. Fonds du Logement was involved in creating housing as well as commercial surfaces for shops and businesses.

The recent rise in public development projects is expected to address the demand for affordable housing incrementally. Therefore, Fonds du Logement is also working on large-scale projects. Ongoing large-scale projects ‘Nonnewisen’, ‘Neischmelz’ and ‘Wunne mat der Wooltz’ in which the Fund is involved, will each accommodate between 1 800 and 2 000 residents. These projects will substantially help to satisfy parts of the demand for housing in the areas where they are implemented. The large-scale projects are implemented through innovative urban development techniques and processes that are based on the principles of circular economy.

In general, it is difficult for large-scale projects to integrate easily into the surrounding urban and social pattern. The sheer size of such developments in comparison to the surrounding creates new challenges. For example, ‘Wunne mat der Wooltz’ will create housing for 1 800 people, increasing the current population of the municipality of Wiltz in the north of the country by some 30%.

A public agency serving as a counterweight to the housing market is essential to provide social and affordable housing. Because of lower profit margins, private developers usually have little interest in creating housing for lower income households, leading to a market failure. Public institutions such as Fonds du Logement must mitigate this to avoid segregation and social marginalisation.